Read What Our Customers Have to Say… 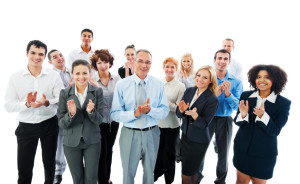 “We’re thrilled to have our ‘lally gone’ — it’s something we’ve had to deal with every day, and it’s great to be able to get out of my car without feeling like I’m trying to wriggle out of a wetsuit!” – Jeffrey K.

“We had a load bearing wall removed in our basement by a contractor that we later found out, had no idea what he was doing. LallyGone came in and saved the day! Within a few hours, LallyGone removed the, now bowing, laminate beam and replaced it with a steel beam (that we had already purchased and managed to get in our basement). Luckily they were able to salvage part of the laminate beam and use it in another part of our basement to repair a sloped floor upstairs! LallyGone was very professional, arrived on time, completed the work in a timely fashion, and cleaned up after they were done. A project that turned into a nightmare and could’ve potentially stayed that way for months was fixed by LallyGone in one day! Thank you LallyGone!!” – Laura

“The job was excellent. They were able to talk in a language I could understand. I actually went through a few Angie’s List recommended people for foundation repair. Either they were no shows or I didn’t feel comfortable with them. LallyGone was very much able to come in here and address my concerns, and did a professional job that made me feel comfortable the whole way through. My overall experience with them was excellent.” – Ronald D.

“Wanted to take a moment to share my gratitude of the crew today.  I know they originally came with the hopes this was a quick fix.  But they kept at it even after I thought it was as close as we would get to pre-beam floor level.  The floor no longer has the hump. GREAT work on their end and they were super polite and patient answering my questions along the way to make me feel comfortable with the resolution and end state. It isn’t about how the job is done, but how things are dealt with when things don’t quite go as planned originally.  Super pleased with the results and would be happy to provide a review online or as a reference if ever needed. Thanks a BUNCH to you for connecting via email and phone calls in follow up!  And thanks to the guys for the great work. And will definitely call again when we are ready for the beam work elsewhere in the house.” – Nixa.

“After a home inspection, it was discovered that I needed to address the situation in my basement (eight temporary lally columns) and a rotted out mid-span girder beam in the crawlspace under part of the first floor. The conventional recommendation was to replace the mid-span girder by ripping up the first floor and then relaying it and then pouring cement footing for all eight lally columns, a costly endeavor. I called Lallygone and the owner came that afternoon. He scoped out the issue and provided an affordable game plan that actually improved the layout of the basement for the next owner. I had eight temporary lally columns in my basement replaced with the Lallygone system. Lallygone also replaced a mid-span girder in an adjoining crawlspace, which needed to be partially excavated for clearance. George, the owner, is about finding solutions and eliminating questions. He did all the work on budget and before the deadline. Lallygone comes highly recommended.” -Katy S.

“They gave an excellent evaluation of the situation in my house. George knows his business.” – David S.

“I had an elaborate plan to remove this column myself for years.  But I needed a lot of labor, and a lot of time and tools that I didn’t have.  When I heard about George and LallyGone, I gave him a call.  His knowledge and experience were unmatched.  Having someone who does this all the time and who can start AND finish the job in a single day – is priceless.  Like George, I am an engineer too, and had plenty of questions for him.  He answered them all, so we proceeded.  He delivered on time and on budget with no surprises.  His staff was knowledgeable, experienced, and careful.  Highly recommended.  Thanks George for giving me a basement that I can use! ” – Adam S.

“LallyGone removed the unsightly lally column from my basement, allowing me to remodel with a more open flow and look.  I was very please with the work that George’s team did.  George was pleasant to work with, and gave a followup call to make sure that I was happy with the work.  I would definitely recommend LallyGone for any unsightly columns.  Its great knowing that you have a trained engineer overseeing the project.” – Jackie K.

“I wanted to open up the space in my basement that I am about to finish and removing these columns was going to give me a lot more flexibility. I am really glad I found this company. George and his team did a great job. I had to have four columns removed. I could have taken out a fifth, but it was a lot more complicated due to a lot of electrical, hvac and plumbing lines that would have had to been moved and it was not worth the cost to me and did not make a big difference in opening up space. For two of the columns, they removed and replaced with a steel beam. There were two other columns that they were able to remove and then insert a steel flitch plate up in the existing joists. They were amazing about returning phone calls and/or emails during the process. They were able to do the job very quickly once I decided to move forward with the project. They left the job site very clean. Overall, it went great and it made such a difference and I have a much more open basement and looking forward to starting the next phase next month.” – Jason K.

“They are reliable. Always on time and let us know 15-45 min in advance before coming in. The engineer’s assessment of problems is accurate and pricing is very, very good. He will explain the process to you with clarity and patience. He would not push you on getting the actual contract. He is prompt in replying to emails and texts. We were always kept up to date and felt at ease to schedule their visits. The best part: they are one of the most dedicated professionals we’ve known. One Saturday which was supposed to be a half day project, the crew worked from 9:30am to 10:30pm non-stop. This was because an extensive damage was discovered while working on the original construction project…Everything was explained to us in simple terms and the damage was shown to us before progressing. And they went ahead and kept working until the damages were fully repaired. The project had morphed from a half day work to a 13 hours and Lallygone did not charge us for this additional work. Yet the crews were always in good spirit. We cannot thank them enough for the amount of work they’ve put in to save our house. Crew was mindful about dust and cleaning as well. Everywhere the tools and construction dust touched was cleaned up before they left. We are very happy with end results. If your house has structural issues Lallygone is the place to ask for help.” – Haru H.

Lallygone offers estimates at various times throughout the week to accommodate your schedule. Use our online system now to schedule an estimate with our Structural Engineer at your location, or call us at 973-884-4466.

Concerned about the structural health of your home? Get your free checklist now to identify possible issues before they become major problems.

Our services include:    - Lally Column Removal    - Structural Reinforcements    - Bearing Wall Removal    - Structural Engineering Consulting    - Foundation Repair    - Floor Leveling    - Insect/Rot Damage Repair
Wish you could remove the support columns in your basement to allow for a pool table or media room? Tired of banging your car door on your garage lally column? Looking to remove those support posts from the center of your room? Call Lallygone today – we can remove any column in one day and for less than you think! Lallygone’s column removal services are currently available in the tri-state area of New Jersey, New York, Connecticut, and Eastern Pennsylvania.